Using professional standards and guidance to develop engineering competence for a sustainable world. 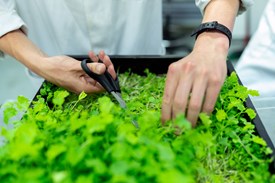 Our Making It Work webinar took place on 21 April 2021. (We recommend using Chrome to view this page, which may not work in Internet Explorer.)

Watch the webinar in full here

The latest UK Standard for Professional Engineering Competence (UK-SPEC) and our latest Guidance on Sustainability are available free online. 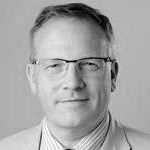 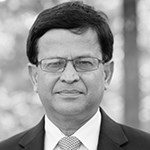 Mr Nikhil Seth joined UNITAR as its Executive Director on Oct 1, 2015. During his term UNITAR has grown significantly in the number of beneficiaries of its services and its work has been aligned to the pillars of the 2030 Agenda and the SDGs. The focus of its work has shifted to benefit the most distressed countries especially in Africa.

Before assuming the post of the UNITAR Executive Director, Nikhil Seth was the Director of the Division for Sustainable Development, Department of Economic and Social Affairs (DESA) at the United Nations Secretariat in New York. In this role he served as head of the Rio+20 secretariat and of the secretariat for the Third International Conference on Small Island Developing States, spearheading the preparations for these conferences in Rio, Brazil, and Apia, Samoa. He was also closely engaged in coordinating and advancing their follow-up. Mr Seth’s Division was also responsible for supporting the intergovernmental negotiations for the post-2015 development agenda, which was adopted at the United Nations Sustainable Development Summit 2015 in September 2015. Agenda 2030 and the SDG’s continue to be a significant blueprint for humanity – for peace, progress and sustainable development.

In the United Nations Mr Seth served as the Director for ECOSOC, Secretary of the Economic and Financial Committee (2nd Committee), Secretary of ECOSOC and with the USG of DESA. He was closely involved with many of the Summits and Conferences of the 1990’s – as a delegate from India and as part of the support secretariat.

From 1980 to 1993 he was a member of the Indian Foreign service and served in Geneva and Zaire (DRC). He has a master’s in economics and taught in St. Stephens’ College (Delhi University) before joining diplomatic service. 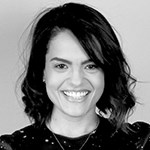 I am a passionate computer scientist, chartered engineer, book author, and inventor. I am the Head of Data and AI Practice for Google UK&I, and my continuing academic work is based at UCL where I serve as an Hon. Associate Professor in Computer Science and at Oxford University as a guest Lecturer. I was formerly Director of Product Management at Oracle, Head of Data Science for Founders4Schools, had a senior appointment in London Government, and prior to that I worked at ARUP, IBM, University Labs (UCL, MIT, Lancaster, USP), and the Bank of Brazil. I have received Honours and Awards from Google, Intel, Microsoft, MIT, Heidelberg Laureate Forum Foundation, WISE, The IET, McKinsey & Co among others for my contribution to industry and international science. I am a Fellow of the Royal Society of Arts, a reviewer of grants for the Royal Academy of Engineering, and a judge of the ACM Global Research Competition. Since 2006 I've been actively working towards increasing the representation of women in STEM, also as a Council Member of the Queen Elizabeth’s Prize for Engineering Ambassador Network. 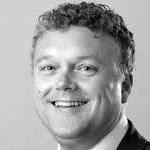 Terry is Chief Executive of CIWEM responsible for the delivery of the institution's strategic aims, services to members and the public interest. He has nearly 30 years of experience as a River and Coastal Flood Risk Manager having delivered major projects in some of the world's most beautiful and challenging locations. Previously, Terry managed the rivers and coastal business for Jacobs Engineering and worked in their global business development group.

Terry is active in influencing policy and research in flood risk management, exemplified through participation at a number international conferences, media appearances and advice to Government. Throughout his career, having benefited from the support of fellow professionals and providing support as a mentor and Supervising Engineer, as a Board Member, he has the opportunity to apply this experience to raise the status of professional registration and promote engineering to a diverse range of new talent. 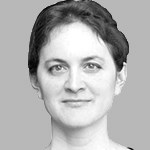 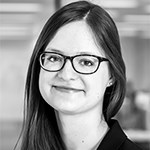 Clara Bagenal George is an associate at Elementa Consulting and one the Mayor of London’s Design Advocates for Good Growth.Coming from an inter-disciplinary background she works seamlessly between environmental analysis, mechanical engineering and sustainability fields.

Clara initiated the London Energy Transformation Initiative (LETI) that has engaged over 250 industry professionals to put together collaborative cross sector policy recommendations for a zero emissions London. She has published articles for the CIBSE Journal and Modern Building Services advocating for positive change across the industry. Clara was recognised as the inaugural Engineer of the Year at this year’s CIBSE Building Performance Awards as well as UKGBC’s Rising Star 2017 due to her work on energy policy and low energy building design.