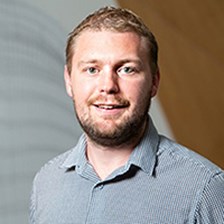 Please describe your current role.
I am a Senior Electrical Engineer within the Critical Systems specialism working on data centre projects across the UK and Europe. The projects range from new build “hyperscale” data centres to smaller scale plant upgrades.

What spurred you to progress towards registration as an Incorporated Engineer (IEng)?
I had always aspired to achieve IEng status, firstly for professional recognition but also to affirm my standing in the industry as an experienced and competent engineer. Another reason was so that I would have an internationally recognised title, if I were to seek employment outside the UK.

Describe your experience of how you became an IEng.
I found out about IEng through my institution, CIBSE, when I became registered as an Engineering Technician (EngTech). I had completed an accredited BEng (Hons) degree in Building Services Engineering so followed the standard route to registration. The whole process of completing my application documents and attending the interview took approximately six months. The interview was a little daunting but a great experience and learning curve. Writing the work experience report also helped me to understand and reflect on my career and progression.

What advice would you give someone considering professional registration as an IEng?
If you’re in doubt, don’t be. The application process may take time and the interview may be a little daunting, but the personal and professional rewards and possibilities are worth it.

How has becoming an IEng benefitted your career?
It has helped my progression enormously. For job opportunities it has made me stand out from other candidates. It is also the natural progression towards Chartered Engineer (CEng) status.