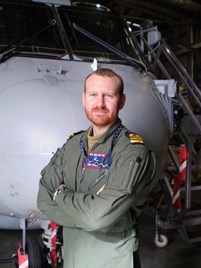 Lt Cdr Thomas Wallis MEng IEng MIET RN has won the 2021 Baroness Platt of Writtle Award for his work with the Royal Navy.

The annual award goes to an outstanding individual who has achieved professional registration as an Incorporated Engineer (IEng) in the past year. Each professional engineering institution (PEI) licensed by the Engineering Council can nominate one candidate for the honour. Thomas Wallis was put forward by the Institution of Engineering and Technology (IET).

Thomas Wallis joined the Royal Navy as an Air Engineer Officer in 2009 following graduation from the University of Warwick with a First-Class Degree in Mechanical Engineering. He completed his professional engineering training in early 2012 and was employed as a junior engineer officer on 814 Naval Air Squadron (NAS). That assignment took him on deployment to the Middle East, to a large NATO exercise embarked in HMS Illustrious, and he helped to prepare the squadron for security tasking during the London 2012 Olympics. 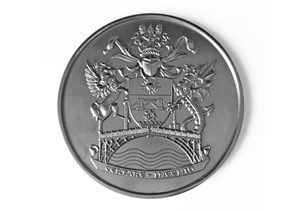 After this first appointment, Thomas began flying training with the aim of becoming a helicopter Maintenance Test Pilot. He completed his pilot training in 2016 and was assigned back to 814 NAS as a pilot. Following a successful four-year period, in January 2020, he joined the Flight Test Department at RNAS Culdrose as the aircraft Subject Matter Expert within a team tasked with providing an intelligent diagnostic system for Merlin Mk2 helicopters. With his comprehensive training as the Merlin Maintenance Test Pilot, he was appointed Officer in Command of Royal Naval Air Station Culdrose Flight Test Department in June 2020, 10 months earlier than expected.

In his current role, he leads a team of 15 experienced engineers who provide airworthiness assurance of the whole Merlin Mk2 fleet. He is responsible for producing high quality technical test flight reports that are seen at all levels of the Royal Navy Airworthiness Management Organisation and for briefing senior and junior members of both military and civilian organisations. In so doing, he has to adapt his style to ensure that information is passed and retained in an effective manner.

Thomas has always championed a career in Engineering and regularly takes part in career days promoting STEM roles, within and outside the Royal Navy, and he mentors junior officers. Thomas impressed the judges with his clear passion for engineering during his interview, his adaptability, excellent problem-solving ability and the critical nature of his role within the defence aviation community.

The Baroness Platt of Writtle Award is named after Baroness Platt of Writtle CBE FREng in recognition of her work in support of the Engineering profession in general and Incorporated Engineers in particular. The award is made by the Charitable Trust Fund of the Worshipful Company of Engineers, a Livery Company of the City of London, through their trust fund The Engineers Trust, in conjunction with The Dulverton Trust and the Engineering Council. The 2021 award was presented by the Worshipful Company of Engineers at its virtual Annual Awards presentation, where Thomas received a medal, certificate and prize money of £1,000.

Thomas Wallis said: “Receiving The Baroness Platt of Writtle Award is a great honour and was also a massive surprise. I have always been passionate about engineering, the engineering profession, and the exciting opportunities that being an Air Engineer Officer in the Royal Navy has provided but didn’t expect any formal recognition for doing a job that I genuinely enjoy. The ongoing support from the IET in my career development and in nominating me for this award has made a real impact on me and is something I am extremely grateful for.”

Nominations for the 2022 Baroness Platt of Writtle Award are open until 11 March 2022. Visit the Engineers Trust website for details.