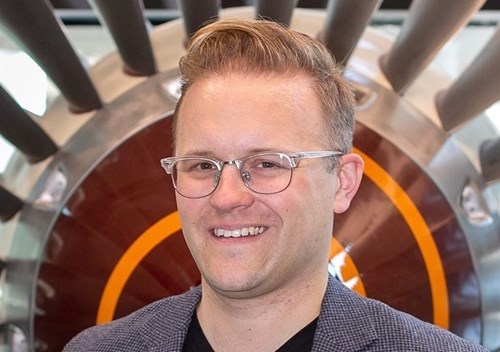 The winner of the Rooke Award has been announced as Chartered Engineer Dr Mark McBride-Wright CEng MIChemE, founder of EqualEngineers.

The Rooke Award is one of the most prestigious awards that the Royal Academy of Engineering (RAEng) offers. It celebrates the public promotion of engineering, with previous winners including astronaut Major Tim Peake CMG in 2019, and Google Cloud’s Data and Artificial Intelligence (AI) Practice Lead, Dr Larissa Suzuki BSc MPhil PhD CEng FRSA MIET AFHEA in 2021. The award is named after the late Sir Denis Rooke OM CBE FRS FREng, a former President of RAEng, and one of the UK's most distinguished engineers.

Dr McBride-Wright has tirelessly promoted diversity and inclusion in engineering, as well as rapid cultural change in engineering and technology. Through EqualEngineers, he has reached thousands of people via events, public speaking and training.

Underpinning his work is an understanding that both individual and organisational performance rely on better equality, diversity and inclusion programmes to make the most of everyone’s strengths. EqualEngineers runs a pioneering diversity employment scheme, the Pathways Programme, with organisations such as McLaren Racing and Rolls-Royce. Through this work, Dr McBride-Wright helps to address inclusion issues that disproportionately affect engineering students from underrepresented groups.

By becoming professionally registered, as Dr McBride-Wright has, all Chartered Engineers (CEng), Incorporated Engineers (IEng) and Engineering Technicians (EngTech) have demonstrated their competence and commitment against an internationally recognised standard. This includes a personal commitment to professional standards, recognising obligations to society, the profession, and the environment.

“It’s a massive honour to receive this award as it is so vital that we engage people from all walks of life to consider a career in engineering. This sector is so important to society, helping us find solutions, drive innovation and improve quality of life. And I now have the ambition to take my work forward, evolve and elevate it to a place that will help the engineering sector to improve exponentially for the generations to come.”

As a gay safety engineer, Dr McBride-Wright is also the chair and co-founder of InterEngineering, a non-profit industry body that connects, informs, and empowers LGBTQ+ engineers and supporters. Founded in 2014, InterEngineering now has a membership of 1,000 and has become a leading voice for inclusion in engineering and construction, amplifying the work of LGBTQ+ engineers. InterEngineering has a presence at Pride events and produces open-source support materials on a range of topics, such as transitioning in the workplace and embedding diversity in the supply chain.

“Mark has shared his personal story of being an openly gay engineer and has spoken at numerous high-profile events sharing the work he has done to provide a spotlight on sexual orientation and gender identity in the engineering sector. He has interwoven his experience as a technical safety engineer, exploring linkages between psychological safety, physical safety and engineering culture.”

This is not the first time Dr McBride-Wright has been recognised for his work. Previous honours include being listed #2 in the Financial Times Future LGBT Leaders List 2015 and named ‘Corporate Rising Star’ at the 2016 British LGBT Awards. His next goal is establishing a national engineering mentoring programme, to ensure every engineering student has the opportunity to gain a mentor from industry. The programme aims to improve employability outcomes as well as students’ sense of inclusion and belonging within the sector.

Dr McBride-Wright will receive the Rooke Award at the RAEng Awards Dinner in London on Tuesday 12 July.