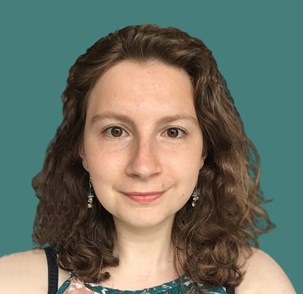 The Engineering Council would like to congratulate registrant Alexandra Keeler BEng Hons IEng MIMechE, an Overhead Line Design Engineer at Amey, who has won the 2022 Baroness Platt of Writtle Award.

The annual award goes to an outstanding individual who has achieved professional registration as an Incorporated Engineer (IEng) in the past year. Each professional engineering institution (PEI) licensed by the Engineering Council can nominate one candidate for the honour.

Alexandra studied Mechanical Engineering at the University of Leicester, graduating in 2016. She joined Colas Rail UK through a graduate placement, where she was involved in activities including speed restriction designs and assisting in the organisation of project management.

Alexandra moved to Amey in 2018 as an Assistant OLE (Overhead Line Equipment) Design Engineer, working on the Core Valley Lines Transformation Project and producing cross sections, detailed design layouts, reports and other deliverables on renewal works. She was promoted to OLE Design Engineer in 2021, where problem solving is crucial to her role. Understanding the design constraints is a key element in creating designs for the overhead line, then completing the relevant mechanical calculations, before producing client deliverables for the design. She is also a Wellbeing Ambassador and Mental Health First Aider at Amey, in addition to mentoring colleagues.

Outside work, Alexandra volunteers as a STEM (Science, Technology, Engineering and Maths) Ambassador and also is part of the first cohort in the Stemazing Inspiration programme, delivering sessions to primary school age children to introduce them to STEM careers. 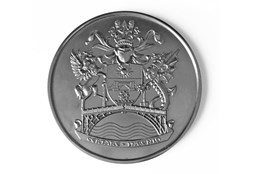 The Institution of Mechanical Engineers (IMechE) nominated Alexandra for the award. The judges said that “Alex outperformed all other shortlisted nominees with her clear, confident, and well-structured presentation, demonstrating strong leadership and technical skills in application of new and emerging technology in complex projects, including 3D modelling software development, which, impressively, is currently under trial to be adapted nationally by her employer, Amey.”.

As the winner of the Baroness Platt of Writtle Award, Alexandra received an engraved medal, a certificate and a cash prize of £1,000.

The Baroness Platt of Writtle Award is named after Baroness Platt of Writtle CBE FREng in recognition of her work in support of the Engineering profession in general and Incorporated Engineers in particular. The award is made by the Charitable Trust Fund of the Worshipful Company of Engineers, a Livery Company of the City of London, through their trust fund The Engineers Trust, in conjunction with The Dulverton Trust and the Engineering Council.

Alexandra said: “Receiving the Baroness Platt of Writtle Award is the greatest of honours and the proudest moment of my career. I am proud to have demonstrated all that I am passionate about including engineering, encouraging the next generation of engineers, Health & Safety and mental health. I will continue to use my platform to promote all of these things. With thanks to Amey, IMechE and The Worshipful Company of Engineers, without which this would have not been possible.”

For more details on the Baroness Platt of Writtle Award, for which nominations will open in early 2023, please visit the Engineers Trust website.