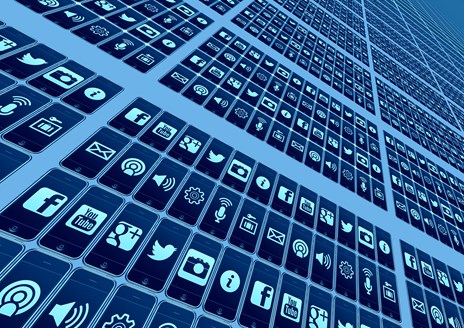 The Online Safety Bill completed its Committee stage in parliament this week. The Bill is one of the UK’s most far-reaching attempts to regulate online content and its results have the potential for global significance. BCS, The Chartered Institute for IT (a professional engineering institution licensed by the Engineering Council) has produced a policy briefing assessing the Bill.

The Online Safety Bill is expected to place a duty of care on social media websites, search engines and other websites to protect users from dangerous content. Both MPs and peers have called for ‘major changes’ to the Bill to ‘call time on the Wild West online’.

Dr Bill Mitchell OBE, Director of Policy at BCS, said a chief concern parents would have with the Bill, was that it seemed to rely “entirely on the platforms’ own risk assessments and reporting” about what is harmful. Dr Mitchell also said, “the new law aimed at stopping harmful online content puts too much trust in social media companies’ judgement of danger.”

The Joint Committee on the Draft Online Safety Bill said more offences needed to be covered, including paid-for scam and fraudulent advertising, cyberflashing, content promoting self-harm as well as the deliberate sending of flashing images to people with photosensitive epilepsy.

The Committee’s report also said the Bill needed to be clearer about what is specifically illegal online and proposed that pornography sites should have a legal duty to keep children off them regardless of whether they host user-to-user content.

Big tech companies like Facebook and Twitter could face fines of up to £18m or 10 per cent of their annual turnover if they fail to protect users from dangerous content, plus access to their sites being blocked. The Bill’s outcome could have global significance when it comes to the regulation of the internet.

Dr Bill Mitchell OBE, Director of Policy at BCS, The Chartered Institute for IT said: “For me as an IT professional, I’d like to have more clarity on how the Bill ensures a future Secretary of State can’t unduly interfere with the independence of Ofcom as the new regulator for social media platforms … for this legislation to work we also need to provide education and training for people to learn how to dissent in civilised ways on social media.”

The Draft Online Safety Bill was published on May 12 2021. The Joint Committee on the Draft Online Safety Bill, a cross-party committee of MPs scrutinising the Bill, published its report on December 14 2021, setting out their recommendations for how the government should proceed with the Bill. The Department for Digital, Culture, Media and Sport (DCMS) will consider the recommendations and produce a second draft of the Bill to go to Parliament.

Other parliamentary Select Committees are also considering issues relating to the Online Safety Bill, such as online abuse, online harms, and disinformation.