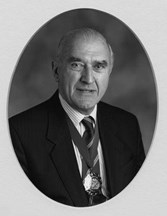 The Engineering Council was saddened to hear of the recent passing of Denis Filer CBE CEng FIMechE FREng TD.

Mr Filer joined the Worshipful Company of Engineers in April 1989, advanced to the Livery in January 1990 and joined the Court in 1995, continuing to be an active member of the Company until 2018. His role in industry across his career was also considerable and he was awarded a CBE in the 1992 New Year’s Honours List.

More details of his life and education are available in his biography as 115th President of the Institution of Mechanical Engineers.

Denis is survived by his wife Pamela and their three children Fiona, Katherine and Nigel.