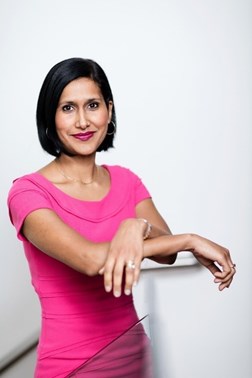 The Engineering Professors’ Council (EPC), the representative body of UK engineering academics, has announced that its biennial President’s Prize has been awarded to Dr Hayaatun Sillem CBE, for her exemplary contribution to the world of engineering.

Dr Sillem's distinguished career includes roles at the Royal Academy of Engineering (RAEng), the Department for International Development (DfID), and the House of Commons Science and Technology Committee. She chairs the UK government’s Business Innovation Forum and serves as a trustee of various not-for-profit organisations, including EngineeringUK, the Foundation for Science and Technology and the St Andrews Prize for the Environment. Dr Sillem has been named one of the ‘Inspiring 50 Women in Tech’ and won a Suffrage Science Award in 2021.

Her contribution to national debates and policymaking has been wide-reaching and, in particular, Dr Sillem has been a driving force for expanding the diversity of the engineering profession. Her work with Formula One racer Sir Lewis Hamilton on the Hamilton Commission exemplifies her desire to tackle inequalities. The Commission was created in 2020 to address the paucity of black people in UK motorsport and improve these figures. Dr Sillem is a trustee of Mission44, a charity launched by Sir Lewis Hamilton to support young people from underrepresented groups to succeed. Meanwhile, RAEng’s This is Engineering campaign has presented the sector’s positive contributions to society to a whole new audience.

She was appointed Chief Executive of The Royal Academy of Engineering in 2018 and of The Queen Elizabeth Prize for Engineering in 2020. With Dr Sillem at the helm, the EPC’s close working relationship with RAEng has become ever stronger with partnerships on campaigning, on degree apprenticeships, and on engineering ethics. This most recent work gave rise to a toolkit produced by the EPC with the support of RAEng to embed ethical approaches in engineering education and practice.

The announcement of the President’s Prize was made by Professor Mike Sutcliffe at the EPC's Annual Congress in Bristol earlier this month, at a dinner aboard the SS Great Britain, Brunel’s engineering masterpiece. Dr Sillem commented: “I am truly honoured to receive this Prize. I believe deeply in the role that engineers have in making the world a better, fairer, more inclusive and more sustainable place. That is why I value the partnership between the Royal Academy of Engineering and the members of the Engineering Professors’ Council, who foster the next generation of engineers and who push at the boundaries of understanding and innovation.”

Presenting the prize, Professor Mike Sutcliffe, President of the Engineering Professors’ Council: “Hayaatun’s contribution to our sector is so important. She has presented a different image to the world of what engineering is – a means to solve global and societal problems – and who can be an engineer. Her commitment to engineering education is wholehearted and this prize is richly deserved.”