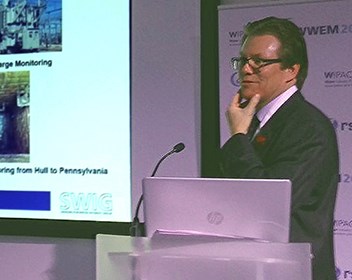 Employer:
Currently involved in leading several enterprises: Radio Data Networks Limited, Euro Technology Services Limited, Environmental Innovations Limited, and Innovarail Limited
Radio Data Networks was founded in 2010 to deliver innovative solutions using radio and satellite telemetry to the many problems associated with climate change, pollution and plastics in the oceans. The company has pioneered a technology called IoT+ creating a unique hybrid of telemetry, Internet of Things (IoT) and real-time control across a unique radio channel licence from Ofcom. The company now provides monitoring for thousands of kilometres of beaches and delivers half a billion messages concerning the state of sewer networks.
Euro Technology Services is an engineering consultancy which operates an Eco Friendly “A” rated business centre on the outskirts of London called the Innovation Farm
Environmental Innovations is a business that designs and manufactures retrofit automated pollution containment devices (PCD) for industry to combat aquatic pollution from spills and firewater.
Innovarail Limited, is an innovative railway concept company that already has several patents granted for static points and location correction that improves the accuracy and safety of GPS.

What inspired you to become an engineer or pointed you towards an engineering career?
From a young age I was inspired by my late grandfather (my late father was a sportsman), who although not a qualified engineer was a highly skilled all-round craftsman who honed his skills during WWII, improvising repairs to blitz-damaged homes by day and driving a fire engine at night. He taught me how to improvise, not to waste anything, to have a can-do spirit, to have a go, to question staid practices and to rise to the challenge – something I have since done all my life. To this day, I still have his tools which I cherish and hope to pass on to my grandchildren one day.

Please describe your role or position within your workplace.
My role in the workplace is multi-faceted, ranging from political lobbying to the hands-on specification, design and deployment of systems to tackle global issues such as pollution, plastics in the oceans and flooding, right through to rail safety. This involves working across a wide spectrum of engineering disciplines, from electrical power, mechanical, electronics, software, pneumatics, radio and satellite communications, to the hydraulics of sewer flows, all within the course of the average day.

I am also involved with several charity/trade bodies/awareness groups associated with the environment, water conservation and the development of affordable ventilators for less fortunate parts of the world.

Can you describe a typical working day?
It is extremely varied and rewarding, and with the advent of Covid has become even more so. From Microsoft Teams meetings with clients such as NW Rail, through to hands-on design, presenting conference papers, sales pitches, generating quotations, and marketing, to project management and training. In normal times a typical day would also involve participating in trade or regulatory body meetings, for example those at Ofcom, the UK regulator for communications services.

Are there any particular challenges or unusual aspects to your role?
My engineering career has been full of challenges, in fact to be truthful I relish them and attract them like a magnet.

The latest challenges include the development of ultra-low power satellite-based sensors to enhance rail safety, to detect and reduce flooding into properties and consequentially the spill of plastics into the oceans from drains and sewers.

What do you find most enjoyable about your job?
I enjoy problem solving and strategy generation. The breadth of my workload can be enjoyable too; one day I could be at a sewage works looking at a “challenge”, then (pre-Covid) the next day I could be in the Houses of Parliament participating in a debate for the All-Party Parliamentary Water Group (APPWG), then over to the US for a meeting with the Federal Communications Commission (FCC) in Washington DC.

What I enjoy above all is the fact that I have already left - and will continue to leave - a positive legacy. This has been shown in a number of cases that are publicly acknowledged to have changed lives, increased efficiency, reduced pollution, improved rail safety and are helping to tackle topical issues (such as plastics in the oceans) at source.

Is there a great professional achievement or high-profile accomplishment that you would like to tell us about?
Probably my most memorable personal achievement was winning the Institution of Engineering and Technology (IET) Prize in 1987. This was awarded I believe for both achieving a first class honours degree and for my dissertation / final year project into the measurement and location of acoustic partial discharge in on-line power transformers and tap changers, which not only resulted in the construction of several prototypes but the adoption of the system by Hawker Siddeley by their high voltage (HV) test department.

There are several  projects over my career. I was the lead in the design and supply of Europe’s first wide-area automatic integrated water reading network, which was deployed in Paris from 2002 to 2007 and then widely across France. Another project I led between 2000 and 2005 was the design and deployment of Network Rail’s RailTemperature Monitoring (RTM) System, which won the UK Railway Innovation award in 2007.

In parallel in early 2000 I developed one of the first IoT projects in conjunction with British Telecom (BT) for remote refrigeration monitoring for Hazard Analysis Critical Control Point (HACCP) compliance.

More recently I was the pioneer behind the UK’s largest real-time sewer and combined sewer overflow monitoring system, including the ability to employ real-time control to mitigate pollution incidents, using valves, regulators, and pump control. I have been working on this since 2010.This has been adopted by several water utilities and is now playing an active role in combatting flooding, pollution and the spill of plastics into the oceans.

Finally, since 2018 I have been responsible for the first successful trials and then deployments of ground-based satellite sensors for the UK railways, focusing on challenges such as monitoring flows under railway bridges for scour and landslips, and looking for the absence of traction return currents in safety earth bond cabling.

In 2013 I was admitted as a Freeman of the City of London and a member of the Worshipful Company of Engineers and then in 2019 I also became a European Engineer (EUR ING).

What contributed to your decision to become professionally registered?
My decision was based on the need for globally acceptable credibility and recognition, something that I considered essential for my career progression, both in the early years and later when operating my own business.

In what ways has registration benefitted your career?
Being professionally registered has helped to open doors and gain respect across the board, in particular outside the UK where the engineering profession is more respected in society.

Is there any advice you would pass on to someone considering professional registration?
First and foremost, it is helpful to take a degree that is accredited and to seek practical roles within the engineering world that are both challenging and have high levels of responsibility from an early age. Becoming an apprentice is highly recommended and taking a part-time degree as I did, certainly helped in my case to get ahead of my peers, resulting in me becoming one of the IET’s youngest Fellows.

Where do you see yourself in your career in five years’ time or what are your future ambitions?
I plan to increase my role as an ambassador for engineering and the application of science and technology to combat the impact of climate change and the sources of pollution such as plastics in the oceans. In both cases also to demonstrate that engineering and science is the cornerstone of modern society and one of the leading professions where you can leave a positive legacy.

Rather than just retire, and in the acknowledgment that science and technology is significantly to blame for the impending climate change crisis, I plan to use my final years to fulfil my ultimate goal of finding the right partners to join me and then take over the journey of pioneering technology for the good of mankind and to protect the planet from this crisis. Where rather than scrap what we have, take the low embodied carbon route of re-purposing our built environment to make it smart.

My ultimate goal is to gain investment for my current ventures, to enable their wider deployment and acceptance for the greater good.

Outside work, is there any activity you enjoy doing in your spare time that relates to engineering? For example, do you participate in mentoring, volunteering or membership of other engineering groups?
Yes, I am already actively engaged in standards committees such as the Water industry Telemetry Group (WITS), the mentoring of apprentices (for decades) and trying to encourage young people to consider engineering as a profession. I have also held the voluntary position of the Vice Chair of the Low Power Radio Association (LPRA) for about the last ten years. In addition, I have worked with the IET to generate awareness that dyslexia need not be a barrier in engineering. Although it was a battle that I had to overcome in the days before it was a recognised disability, nowadays assistance is more readily available.

I enjoy taking part in events held by the Worshipful Company of Engineers, gardening, keeping animals such as alpacas and horses, as well as collecting antique radios, telecommunications instruments and engineering curiosities.

Do you identify as disabled, or as a member of a minority or under-represented group? Would you like to comment on what impact or influence you feel this has had upon your career?
Under the microscope I am certain I would fall into several disability categories, in particular that of cognitive impairment due to dyslexia and undiagnosed myopia which collectively resulted in me being unable to read at the age of 7 and at the age of 16 leaving school with an unclassified in GCSE English.

To this day it is on-going battle that has for certain increased my determination to succeed but is also something that should be noted by both the academic and business worlds who often set the bar high for academic acceptance, please don’t make it a barrier to those that want to try to succeed.

The evidence is in what I have written, a potted life story, which I hope will be an inspiration to others for years to come.