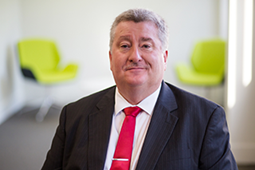 Engineering Council Chairman Rear Admiral Nigel Guild CB CEng FIET FIMarEST FIMA FREng, adds: “We look forward to welcoming Alasdair, who will be a great asset to the Engineering Council. His extensive industry experience, combined with his commitment to the work of professional engineering institutions, make him the ideal professional to take the organisation forward.”

For press enquiries and image requests:

The Engineering Council holds the national Register of Engineering Technicians (EngTech), Incorporated Engineers (IEng), Chartered Engineers (CEng) and Information and Communication Technology Technicians (ICTTech). It also sets and maintains the internationally recognised standards of competence and ethics that govern the award and retention of these titles. By this means it is able to ensure that employers, government and wider society, both at home and overseas, can have confidence in the skills and commitment of registrants. For more information visit: http://www.engc.org.uk/