To support the International Women in Engineering Day (INWED) on 23 June 2019, we have spoken to some talented and inspiring women registrants about their careers, achievements and how they discovered engineering.

Emma Towle IEng MCIHT, Incorporated Civil Engineer in the Highways Department of CH2M in Glasgow. Emma worked on the A75 Dunragit Bypass, which was nominated for a Saltire Award for Environmental Sustainability.

"Since I passed my IEng I have been promoted. I also feel that other staff now look up to me and seek guidance and advice from me. I have been mentoring a graduate and an apprentice which has been going really well."

Frida Nzaba EngTech TMIET is a Repair Capability Manufacturing Engineer for Rolls-Royce. She has also joined the Association for Black and Minority Ethnic Engineers’ Making Engineering Hot mentoring scheme and is a STEM Ambassador for Rolls-Royce and Nottinghamshire. Frida has been part of the Women into Science and Engineering (WISE) Young Women’s Board since 2017 and in 2013 won BTEC Engineering Student of the Year.

"…being able to say I am an EngTech really helped me when interviewing for my current job as it shows my willingness to improve myself. It also shows the level of competency that I have reached and provides me with professional credibility’’ 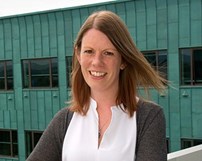 "Registration has given me instant credibility when introducing myself at conferences or to new clients, it’s an accolade that is widely recognised and highly regarded. It’s given me a boost in confidence and determination to keep pushing myself to achieve more great things."

Tracey Richardson EngTech LCGI MCIPHE RP spent 22 years in the RAF before moving into civilian life to become a Master Plumber, and later becoming a lead Internal Quality Assurer (IQA) and assessor and tutor for EAS Mechanical. She is also 2018/19 President of CIPHE and the first woman to hold this position.

“People’s lives and health can be affected by the actions of plumbers, so it is important that customers have faith in what we do; being part of a professional body helps to show our commitment. CIPHE always encourage their members to seek Engineering Council registration as it stands for a lot.”

Find out more about Tracey's role.

INWED is an annual international awareness campaign to raise the profile of women in engineering and focus on the incredible career opportunities available to girls in this industry. It was established by the Women’s Engineering Society (WES) and is in its third year. To read more, please visit inwed.org.uk