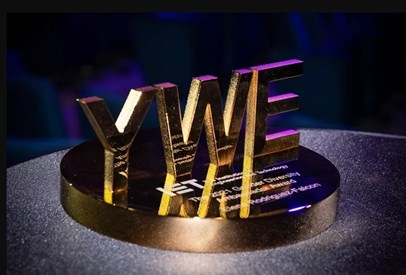 Applications are now open for the 2022 Young Woman Engineer of the Year (YWE) Awards. Run by the Institution of Engineering and Technology (IET), these awards recognise brilliant young women working in engineering and celebrate female role models within Science, Technology, Engineering and Mathematics (STEM).

The YWE Awards were launched on International Women’s Day, 8 March, during Women’s History Month. There are four different prizes to be won, which will be awarded in December at a ceremony covered by national media.

“It’s very tempting to shy away from our achievements and hide from the spotlight, but I have seen first-hand how sharing and celebrating our success can give others the courage and confidence to believe in themselves. So, on this International Women’s Day, let’s take the opportunity to share stories – of women who have inspired us, but also of our own moments of inspiration, determination and success. However small they may seem to us, they can make a big difference in the world."

The four awards are:

The Young Woman Engineer of the Year Award – the overall YWE Award recognises a dynamic young engineer who represents the very best of engineering: someone who excels in her field, is an inspiration to colleagues and has the personality and charisma to fire up the next generation of engineers.

The Mary George Memorial Prize for Apprentices – this prize is given to a young female apprentice who has gone above and beyond, demonstrating great promise and potential to be one of tomorrow’s leaders in engineering. It is named after Mary George CBE who was Director and Secretary of the Electrical Association for Women.

The Women’s Engineering Society (WES) Prize – is awarded to a young female engineer who is able to engage and inspire young people’s involvement in STEM. WES is a professional, not-for-profit network of women engineers, scientists and technologists offering inspiration, support and professional development. WES campaigns to encourage women to participate and achieve as engineers, scientists and as leaders.

The Gender Diversity Ambassador Award - honours and recognises an individual who has dedicated a large proportion of their career to achieving gender equality within the engineering industry. This award was created following the 40th anniversary of the IET Young Woman Engineer of the Year Awards in 2018. The award celebrates a role model, but also showcases innovation and good practice in attracting and retaining women in engineering.

All shortlisted nominees will be profiled in the IET’s media campaign or engineering role models. Being shortlisted is a great achievement and boon to any engineer’s career, as well as an inspiration for the generations to come. All award winners will have the opportunity to attend high profile events and meet some of the most influential people in the industry.

The deadline for entries is 1 July 2022. See the IET’s microsite for more details: youngwomenengineer.theiet.org