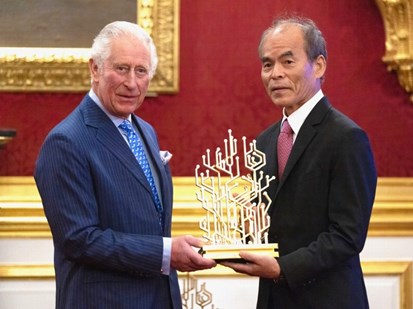 Nominations are now open for the 2023 Queen Elizabeth Prize for Engineering (the QEPrize).

The £500,000 prize is the world’s most distinguished engineering accolade. The QEPrize can be awarded to up to 10 engineers responsible for a bold, groundbreaking engineering innovation of global benefit to humanity.

Awarded annually, the QEPrize exists to celebrate the critical role that engineering plays across society, and to honour the engineers who have changed the world through their work. The prize celebrates engineering’s visionaries, inspiring young minds to consider engineering as a career choice and to help to solve the challenges of the future. The prize also encourages engineers to help extend the boundaries of what is possible across all disciplines and applications.

2023 marks the 10th anniversary of the prize, which is administered by the Queen Elizabeth Prize for Engineering Foundation. Over the past decade the award has honoured 20 eminent engineers whose innovations have affected billions of lives. This year there is an extra emphasis on encouraging a diverse range of nominations that truly epitomise excellence in engineering.

Previous winners of the QEPrize include:

The QEPrize accepts nominations from anywhere in the world. The only limitations are that self-nomination and posthumous nominations are not allowed. Nominations close on 15 July 2022 and the winner, or winners, will be announced on 7 February 2023.

To find out more and nominate, visit: www.qeprize.org/nominate