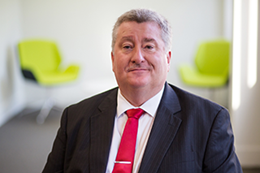 Engineering Council Chairman Rear Admiral Nigel Guild CB CEng FIET FIMarEST MIMA FREng, adds: “We look forward to welcoming Alasdair, who will be a great asset to the Engineering Council. His extensive industry experience, combined with his commitment to the work of professional engineering institutions, make him the ideal professional to take the organisation forward.”